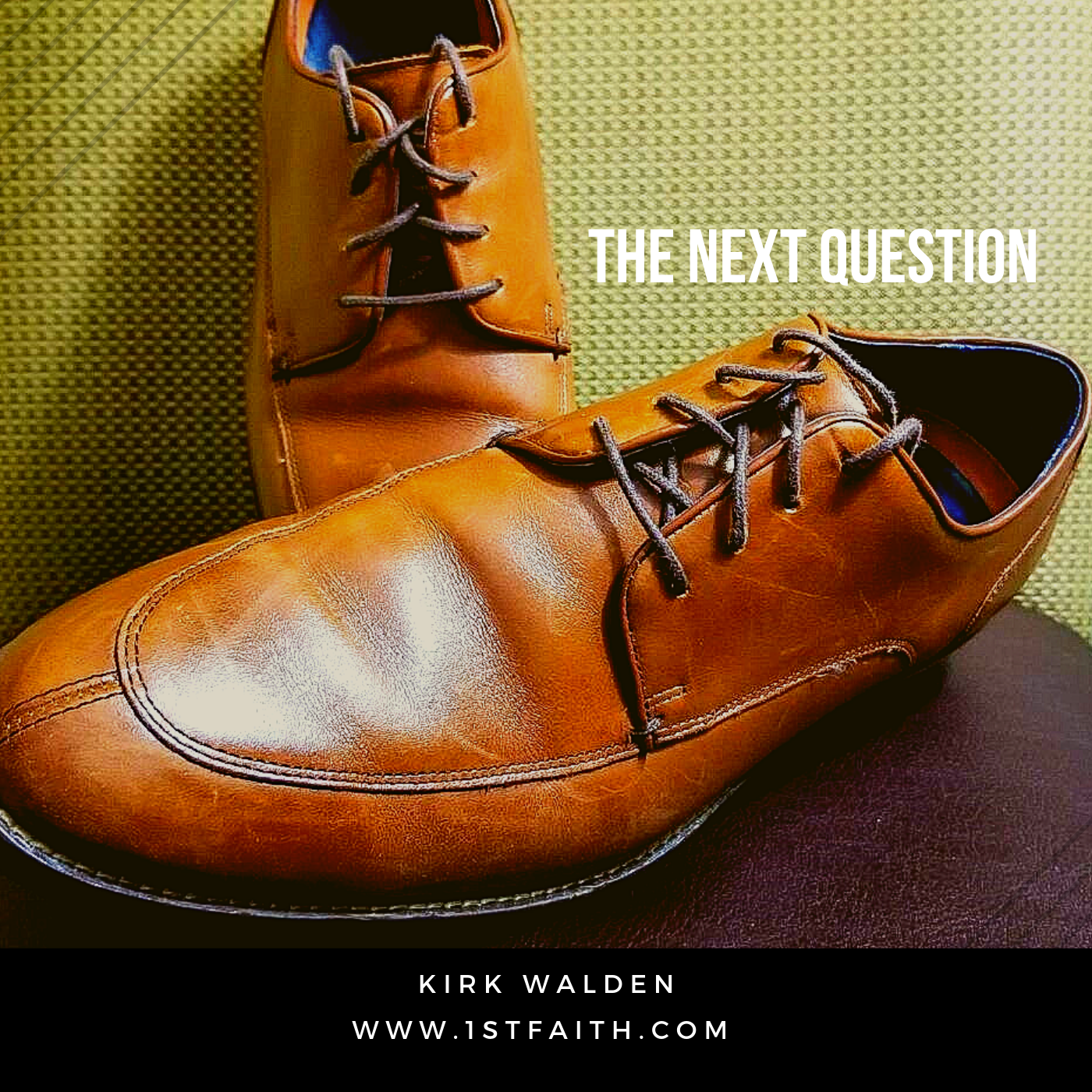 By KIRK WALDEN–Opening my suitcase after checking into a hotel for a speaking engagement, I realized I forgot to pack a dress shirt. I had a couple of casual button-downs, but nothing for the event. Yikes.

My family was with me, so off we went to a men’s store. This would be quick, because all I needed was a shirt. Just. A. Shirt.

Upon entering the store however, I met Christian, a college student working his way through school. He greeted me and asked what I needed. I was clear: “A shirt.” I told him my size, adding that white was perfect.

He started by measuring my neck (I was wrong about my size after all), then asked the color of my suit (blue). Within a couple of minutes, he placed three options in front of me, none of them white. No big deal. My lovely wife Jenn picked her favorite, and I thought we were done. Christian was not done.

As our casual conversation with Christian went on, he laid out several ties. Jenn said, “Oooh, I like that one.” Now, I had a shirt. And a tie.

The Next Question
Was Christian finished? No. He asked, “What color are your shoes?”

Let’s keep in mind, I came in for a shirt, probably a white shirt, and nothing but a shirt.

“My Shoes? Black,” I responded confidently.

Instantly, Christian’s demeanor changed. He shook his head, staring at the floor. “No, no, no,” he mumbled, in obvious emotional turmoil. I wondered if he was holding back tears. He was wounded. All his work to get me the right shirt and tie, and I was crushing his dream, whatever it was.

To help ease Christian’s pain, I asked for a suggestion. He perked up. Thank God. “Brown. You’ve got to have brown,” he told me. There was hope for him after all.

We searched for brown shoes. Oh, did we search. By the grace of God, we finally found a pair which suited Christian. Sold. I was relieved. He was smiling again. Jenn and I were grateful not to have ruined his day.

As we left, I felt as if I had bought a small foreign country. But we were happy and more important, so was Christian. We exchanged information, he now had my cell number and an open invitation to drop by our home if he came to Nashville.

That evening at the event, I received three—count ‘em—three compliments on my shoes. I can’t tell you whether my words were life-changing for anyone, but my shoes were the bomb. I was the man.

Checking In
Heading back to Nashville the next day, I got a call. From Christian. “How did it go?” he asked. We chatted and laughed. I let him know the shoes made the look.

A few months later Christian called again. He wasn’t selling a thing. He did however, let me know that I had a $50 credit at the store. “Will it work up here in Nashville?” I asked. Oh yes, it would. He would gain nothing from my using the credit, but he wanted me to know. A good man.

My experience with Christian got me thinking about life and faith. It’s easy to think we need to “sell” our faith by telling another what we know, instead of simply asking The Next Question.

Christian, selling men’s wear, was engaged enough to keep asking The Next Question. No doubt, it paid off for him. But it also paid off for me, because I love those shoes.

Lesson Learned
As we talk to friends about faith, it’s rarely the first question which opens doors. It’s the next one. Because the next question takes us below the surface. And if we listen—carefully—to the answer, it may lead to more questions, more conversation, more connection.

Everyone, at some point, wants to share their story. We need to ask enough questions to get to that story. When we do, we’ll unlock the door to finding the “why” of their faith, or perhaps the “why” for their struggles.

But Christian did something else. After I walked out of the store, Christian had his commission. He knew he would probably never see me again. But his phone call the following day showed that to him, this was more than about money—it was about building a relationship.

If I visit that store again, I’ll look for Christian. Because a young man working his way through school taught me a lesson I’ll never forget: Ask the Next Question, then listen for the answer. And as we talk with others about matters of faith, seize every opportunity to build a relationship.

Oh, and one more lesson: No more black shoes with a blue suit.

We want to hear your story–tell us here.

Like what you see at 1stFaith? Support us here.