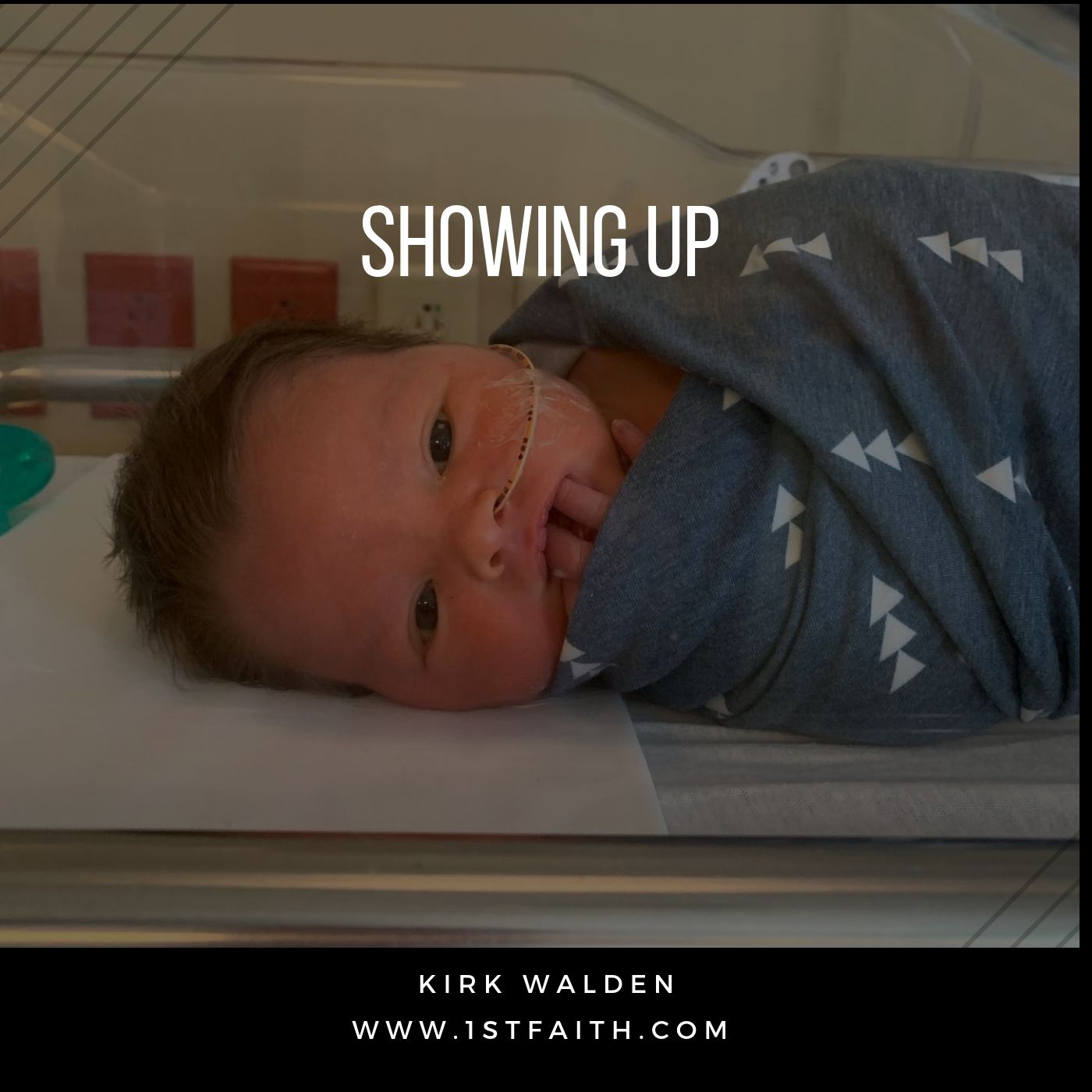 Recently, I became a grandfather. So far, I’m good at this gig. I haven’t dropped my grandson, a win for little Henry. And, I haven’t yet changed a diaper, a win for me.

Our daughter Laura was induced early, because of issues too complicated for me to understand or explain. Henry would be fine, we were told. This was just a precaution. The good news? We had a set date for baby. This was going to be simple.

As we prepared, Jenn and I gave our two youngest boys (ages 11 & 9) an option. They could hang with their grandparents or sit around at the hospital and await Henry’s arrival. Common sense told us they would choose plan A. We called Jenn’s parents and set things up.

But no. These guys were so excited about becoming uncles they wanted to brave the boredom for the opportunity to connect with nephew Henry on Day 1.

The Big Day
On Induction Day Eve, Jenn headed to the hospital. Matt and Laura were already there. I, the boys and our grad-student daughter Lexie (taking a few days off from school), arrived on the Big Day, mid-morning. The process was already in full swing. First indications from the doctor were to expect a birth around noon or just after lunch. This was smooth. Maybe we could see the guy and get back to the house before Nashville’s rush hour, right?

Early on, we hung out in the delivery suite. All seven of us. Matt played cards with the boys. We chatted, laughed, waited. Laura was great—no pain, no worries.

At noon, we did the cafeteria lunch thing. Then, back up to Laura’s room. No major progress. Three hours into our wait, the boys were tiring.

Back to the food court to hang out. Two o’clock. Three. Six hours of zero action for the boys.

At four we tried a change of scenery, the labor & delivery waiting room. Matt’s parents were there. They were terrific, engaging the boys as we all tried to get news from the delivery room.

Arrival
Finally, IT happened. Henry entered this giant world at 5:50 p.m. Whew. Finally, the boys would get to see their nephew. They had not complained all day, through exactly 500 minutes of waiting. This would be their reward.

Not so fast. The first indication came in a text from Jenn, in the delivery room: I think he may end up in the NICU.

Next text? They aren’t letting Matt and Laura hold him. But he is seriously fine.

Then, Matt just took him up to the NICU. He is checking to see when family can see him.

The waiting game was back on. Still, the boys stayed patient. Finally, I asked if they wanted to call it a day and head back home. No, they were adamant. This was their nephew and they would see him, even if it took all night.

Finally, Matt told us the NICU was allowing visitors, one person at a time. Both families decided the boys would go first. They had done everything asked of them all day, without one cross word or mumbling. Get ‘em in there, if only for a minute.

The Moment We’ve All Been Waiting For
We went through security protocols, took the elevator to the 7th floor and entered the NICU. The boys soaped up. They picked every speck of dirt out from under their fingernails. Spent three full minutes on scrubbing their hands and arms. Donned the gowns. At this point, I would have trusted them with open-heart surgery. They were good to go.

Two young men. Scrubbed up. In sanitary gowns. Having waited for 10 hours. Holding back tears.

Me, Jennifer and Matt—a new dad—didn’t know what to say. We consoled the best we could. They kept their stiff upper lips. Slowly, they untied their gowns. Took them off. Placed them in the hamper. With heads down, they slowly pushed open the doors and headed out.

I went in with Matt to see my grandson. Quickly. Didn’t want to stay long. Had two boys needing me more.

After my brief encounter with my extraordinarily cute grandson, the four of us got back on the elevator and headed back to Laura’s room. Told what had happened. More “I’m sorrys” from everyone. None of it did any good. How could it?

Back down the elevators, then to the car. When I mentioned food, the boys weren’t hungry, though they had not eaten in more than eight hours.

I wanted to tell the boys the hospital was going to hear from me—to say something to ease their anguish–but in retrospect, I understood the rule. Hospitals must draw a line somewhere, or everyone will claim a spot on the NICU train.

Of course, I thought there could have been an exception in this case. But it wasn’t happening on this night.

All I knew was, with two heartsick boys sitting in the car, I had to think of something to say. I couldn’t just let them sit in the back seat with nothing from their father.

I took a breath, trying to piece the words together. After a few minutes, I broke the silence.

Showing Up
“There’s a saying that 80% of success is just showing up,” I said. “And today, I could not be prouder of two young men for showing up.”

I was only warming up. “We’ve talked to both of you about how important you will be to Henry’s life as he grows up,” I continued. “Today is Day 1 for Henry, and both of you showed up.

“You could have gone to your grandparents, hung out and had a great time,” I said. “But you decided that on Day 1 for Henry, you needed to be here to greet him and welcome him to this world. You showed up.

“And even though you didn’t get to see him, you were there for him.”

I took a breath. There was more to say. “One day, he will be told you were here for him. He will know you turned down a chance to play and have fun, and instead chose to wait ten hours for him to be born.”

A voice from the back seat. “Dad, it was eleven.”

I smiled. They were listening.

That was enough. Maybe too much. But I wanted them to know that while showing up doesn’t always create immediate results, “just being there” matters.

A Lesson Learned
Regarding Henry, it’s too early to see how his uncles will influence his life. But at least they will always know they were committed to him from the beginning.

Somehow, it seems our faith can be this way. We take steps of faith and sometimes see no results. We drop our heads. Take off our NICU garments. Toss them in the hamper. Wonder why we tried so hard. For nothing.

My guess is, during these moments there is a God in Heaven looking down, smiling and saying, “You showed up. One day, perhaps when you least expect it, you’ll see the results. For now, keep showing up.”

Eleven days after his birth, Henry came home from the hospital. And yes, Josh and Jake showed up. This time, they held him. It was a good day. 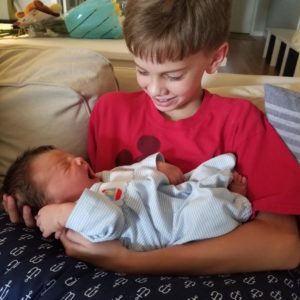 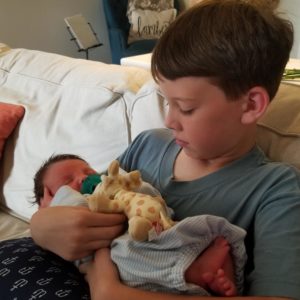