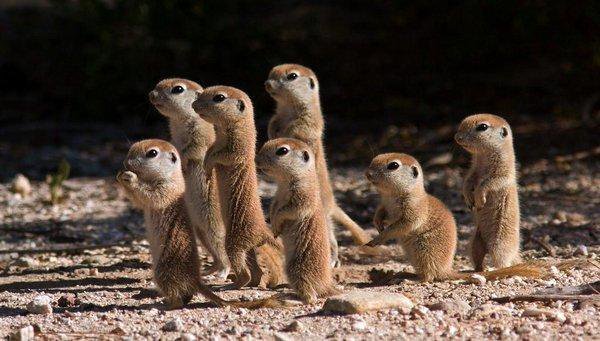 Whether you consider yourself “Christian,” “Agnostic,” as belonging to a major religion, or even “Atheist,” if someone were to ask you, “Who is Jesus . . .” what is your first response?

C’mon—first thing. Blurt it out (but not if you are in a crowded room—people might think you are weird). No thinking, postulating, theologizing—none of that.

Got your answer? I’ve got mine, and with my answer comes a fascinating conclusion: My first answer does not come close to lining up with the answers of those who knew Jesus best.

This doesn’t make my answer “wrong,” necessarily. But it may mean I need to do some re-thinking.

I know what might be coming next from some readers. “Oh Kirk, this isn’t hard. The Bible says Jesus was this, he was that. This is basic stuff. What in the world do I need to re-think?” Perhaps nothing, but humor me.

One group? Those who claim faith in Christ, but want something more. We want the faith of the first followers of Jesus, who literally turned the world upside down with this new message. We want to be like those folks.

Another? It’s for those who once had some faith but got tired of it for whatever reason and now say, “This just isn’t for me.” And yet, something yearns in you for a real faith. It’s hard to voice to anyone, but deep down, there is a belief that something better is available, and you want it.

To each of these groups, maybe we need to re-think our first response to the question, “Who is Jesus?”

Let’s start by re-visiting a man known as “The Apostle Peter.” But Peter didn’t grow up as “Peter of the Bible.” Nor did anyone in his lifetime consider him as such. For starters then, let’s remember who this guy really was.

Peter was a fisherman from the area of Galilee. He was no big deal to anyone—like many of us. But, he ran across Jesus and was soon following a man he would later call, “the Christ, the son of the living God.” If you want to know more about this declaration, give “The First Spiritual High-Five” a read sometime.

Back to Peter. He was brash at times. He declared he would never leave Jesus’ side, but would later deny publicly that he ever knew him. But after Jesus was raised from the dead, and after an event we call Pentecost, Peter could not be silenced regarding Jesus. He told anyone and everyone about Jesus’ death, his burial and most of all, of God raising Jesus from the dead.

In the historical narrative about the first actions of the apostles (The Book of Acts, written by Luke), Peter is the first man to openly declare Jesus’ resurrection (Acts 2). He does so in front of thousands, and the result is three thousand people choosing a life of following Jesus Christ.

It’s a seminal moment in Christian history so I’ve got to ask, “What did Peter first say in answer to our question above?”

As Peter stood in front of all those people in Jerusalem, this fisherman—with no theological training—began his answer this way:

“Men of Israel, listen to these words; Jesus the Nazarene, a man attested to you by God with miracles and wonders and signs which God performed through him in your midst, just as you yourselves know . . .” (Acts 2:22)

Read it again. And again. It’s not the way I would have said it. How about you?

Peter’s words are different from what we hear today when Jesus is discussed. Does it matter? Yes, because if we want the faith of Peter, we need to talk like him because he was the one who was so effective in spreading the faith and we can learn from him. It’s what the First Faith community is all about.

Peter, in his first opportunity to introduce Jesus to the masses, said Jesus was “approved” or “attested” or “proven” (those are several translations of the Greek word) by God, and that God worked miracles and wonders and signs through Jesus.

Peter’s perspective is slightly different from current Christianity’s. Today we hear Jesus worked miracles, and this is true. But in his first sentence explaining Jesus, Peter explains how: God did these miracles through Jesus. We don’t hear that terminology much–if at all–today. Are we missing something?

And today, we hear Jesus is a lot of things. We have theological books miles long which try to explain who Jesus really is. Peter did none of this. His explanation was clear and concise. And it changed the world.

This is not complicated “Christology.” At least, not to Peter.

But it was amazingly effective. And it was enough that 3,000 asked to be baptized in the name of Jesus on that day.

I wonder if we sometimes make Jesus too mysterious and yes, too complicated. Peter lived around Jesus for three years. He saw Jesus after he was raised from the dead. Peter, much better than me, knew what he was talking about. And he doesn’t need any help from me to explain who Jesus was, and is.

If we want more in our faith, or if we are looking for a reason to come back to our faith, we can start by stripping away all the extras about Jesus and getting back to what those who knew him best had to say.

So then, the next time someone asks me about Jesus my first words will be, “Jesus was a man God approved, and God proved it by working miracles and wonders through him.” From that point, there is more to say, I know.

But it’s a great start. And it’s that simple, too.