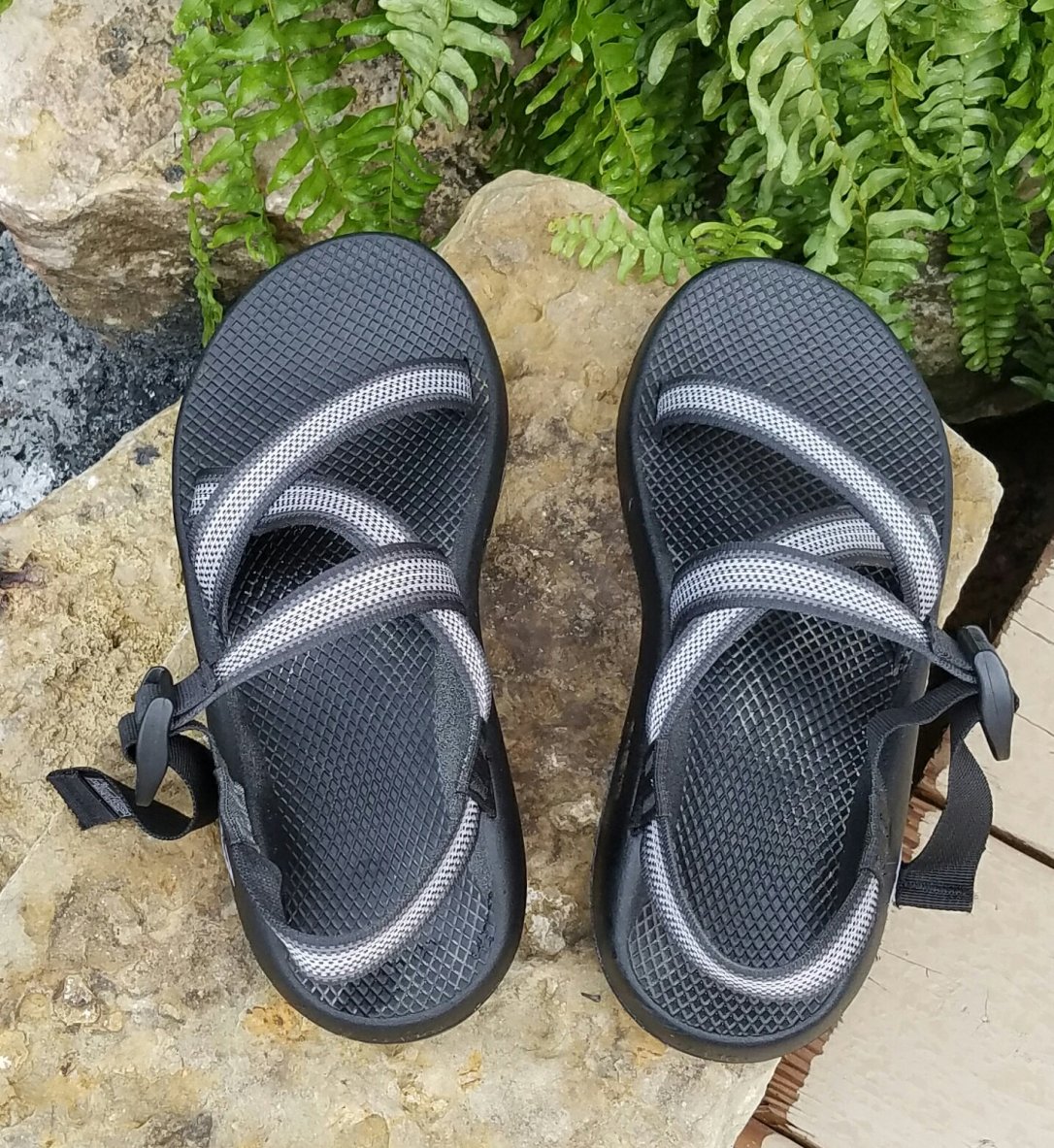 I broke down and bought a pair of Chacos last month; something I never thought I’d do. I’m a tennis shoe guy and it was only a couple of years ago that my daughters talked me out of the all-white sneakers that I kept buying for nearly a generation.

To be honest, I didn’t even know white tennis shoes were a “middle-aged dad” thing. After hearing this depressing news, I moved on to grey tennis shoes. Now I’m wearing these Chaco things.

It didn’t happen easily, I’ll tell you that much.

My family was in Gatlinburg, TN in July for a few days and we wandered into an outdoorsy shoe place. I had no intention of buying a thing. Gatlinburg is where you find tourist-trap stuff; not shoes.

But, as is my personality, I began chatting with the owner about the fires that swept through the area around Thanksgiving last year. He’s a young guy with five dogs; and a stories to tell about the fires.

He was one of the last people out of the city as the fires swept toward Gatlinburg, and as he waited for authorities to let him back in to check on his shop, was told many times that all businesses had been lost.

Thankfully, when the worst was over he found his building standing, and most of Gatlinburg intact. His merchandise suffered too much smoke damage, but he would rebuild his inventory and start over.

Though Gatlinburg is back, tourism is down. And as my new friend talked about the loss of sales this year, my lovely wife told me later, “I knew you weren’t walking out of there without buying something.”

She was right. And because my flip flops hurt my feet all the time (so I almost never wear them), it was Chaco time.

At first, I only wore my new Chacos to the pool at the hotel.

After all, sneakers were my tradition. I’ve worn tennis shoes since my mom bought me my first pair of self-chosen shoes, a pair of PF Flyers from The Bootery in downtown Auburn, Alabama. That was in 1966. We also entered a contest at the store that day, later winning a set of encyclopedias; but I digress.

From that day on, I was a tennis shoe guy. Other guys wore . . . whatever they wore. Other than golf shoes, all I needed was a pair of cool, white tennis shoes. When one pair of white shoes got too dirty, it was time for another pair. Life is not difficult.

So, during the first days of Chaco-life, they spent their days in my closet. I wasn’t near a pool or a beach, so who needed ‘em?

But a week later or so—and I don’t know why—I didn’t want to put on my tennis shoes and tie the laces. Why not slip on the Chacos for a few minutes?

My feet celebrated a new freedom. The sky was a little brighter. The birds’ singing was more melodic.

Let’s be honest; I was a new man. Suddenly, without warning, I was more relevant, more hip—and less embarrassing to my children than I once was back in the dark ages of a month or so ago.

Do I still wear my tennis shoes? Yes. Yes, I do. But though I once thought white sneakers, jeans and a button-down oxford was proper “night on the town” attire, I now have more options. Who knows; one day I may consider a pedicure, what with the fancy Chacos and all.

Though difficult in the beginning, I finally—finally—embraced some change in my life. And it’s not so bad, after all. The other night we had about 30 friends over to the house for a party; I wore Bermuda shorts, a polo and—wait for it—these danged Chacos. I wore them all day and forgot to change into my more formal, sneaker attire. I didn’t need them anymore.

So it is with faith. We’ve got traditions we’ve hung onto for hundreds of years. It’s what our parents believed, what the “church fathers” believed, and in fact, what almost everybody believes. Some traditions are good, without a doubt.

But as we explore a 1stFaith, is it possible that we need to let go of those beliefs which end up being nothing more than white tennis shoes (not that there is anything wrong with them) that we’ve clung to for no other reason than, “It’s what we’ve always thought?”

Being real with you, I really want the faith of Paul, of Peter, of James and of John. I want my faith to be as powerful as theirs; a faith which knows what is vital and just as important, a faith that knows what is not so important.

They were faithful men with simple concepts anyone can understand. And they changed the world.

If there is something I’m hanging onto which does not line up with the simplicity of the true church fathers noted above, I need to let it go.

Faith isn’t complicated. We’ve “doctrinized” so many things, we often forget how simple it is to follow Jesus as our teacher, Lord and master. He’s in charge. If I can get that through my thick head, I’m okay.

These Chacos are simple, too. All I need to do is stick my feet in them and yank the pull-thing on the back; I’m good to go.

Perhaps I, and all of us, need to think less about lacing up our lives with complex doctrinal stuff. Instead, let’s just strap on our spiritual Chacos and start each day by following the best we know how.

We might find that in the end, we’re all a bit more comfortable.