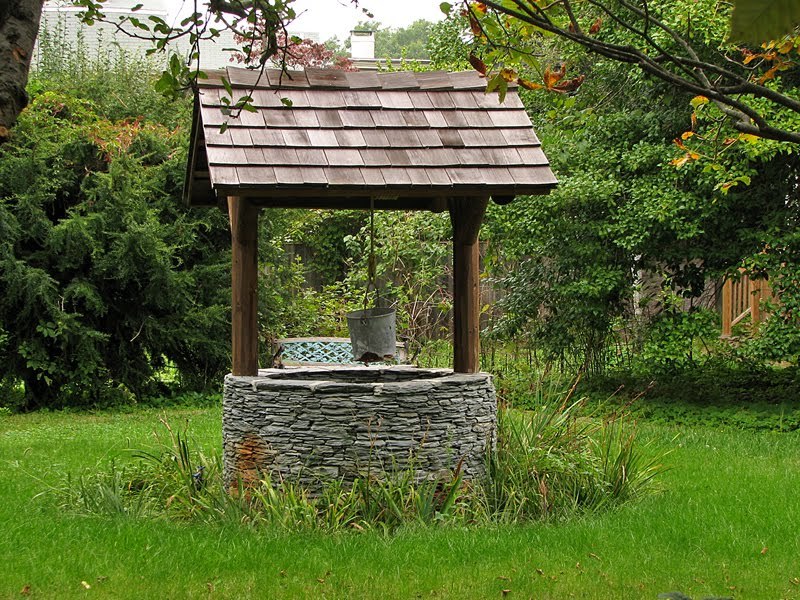 Can I just throw something out there that’s absolutely intrigued me over the past couple of weeks? I didn’t post last week because we (the fam) were out of town; but I’m captivated by this so here goes:

A few months ago, I wrote a post (The First Spiritual High Five), exploring the moment when Peter answers Jesus’ “Who do you say that I am?” question with, “You are the Christ, the son of the living God.”

It’s a powerful moment. Jesus figuratively pumps his fist and chest bumps everybody, realizing that Peter gets it. It’s a truth Jesus says he will build his church upon. Like I said, big moment.

But after Peter’s confession, Jesus tells his disciples not to say anything to anyone. Telling this truth would have to wait until after Pentecost, at least for those who followed him closely.

Yet earlier in his ministry—before Peter’s big moment—Jesus revealed his identity to someone else, perhaps more clearly than at any other time in his life. And when he did, Jesus said nothing about keeping things on the down low.

Who was it? Who was this person who was likely the first in history to hear straight from Jesus that he was the promised one?

The answer? The Samaritan woman at the well in John 4. In a private moment with a woman who carried with her all kinds of issues, Jesus chose to share who he was, a truth which would shake the world.

We could do a study on this woman (a Samaritan, one with whom “good” Jews would have no dealings), but for a second, let’s focus on something else.

This woman would never be considered pure or honorable. She was a mess.

When the Samaritan woman asks for this amazing water, Jesus says, “Go, call your husband, and come here.”

She answers, “I have no husband.” Aha. This is where it gets dicey. She’s got issues in the relationship department and Jesus knows it.

But notice what he emphasizes in his answer: “You have well said, ‘I have no husband’; for you have had five husbands, and the one whom you now have is not your husband; this you have said truly.” (John 4:17-18)

Did you get that? Did I? Jesus begins his reply with a compliment, then tells the difficult truth. But, he goes on to close with another compliment on her honesty.

I’m afraid my first thought on the Samaritan woman is to see someone who can’t seem to get it right in her relationships, moving from one man to another, looking for love in the all the wrong places and in all the wrong ways.

Jesus sees things differently, focusing on honesty. And he points this out. Twice in one sentence.

Later in this interaction, the Samaritan woman perceives Jesus is someone important and says, “I know that Messiah is coming (he who is called Christ): when that one comes, he will declare all things to us.”

And here comes the kicker. For the first time, Jesus clearly shares his identity: “I who speak to you am he.” (John 14:26)

From the time of Moses, the Israelites waited for one person; the Messiah. The first person to hear this news from the Messiah’s lips? A Samaritan woman, considered by her community as the lowest of the low on the morality scale.

This isn’t written to excuse her lifestyle; Jesus has a lot to say about morality in other places and even here, he wasn’t talking about her five husbands and a live-in boyfriend as a positive character trait.

But again, Jesus sees beyond this. He sees a heart yearning for something more, and a transparency that is compelling; character traits she can build upon.

There’s more on this Samaritan woman to tell. And I can’t wait to get into it more because it’s all stuff I can learn from.

My point? Jesus chose perhaps the most unlikely person on the planet—a Samaritan woman with a checkered past—to be the first to plainly hear who he was.

In another context, we’re told “the last shall be first.” So it is with the Samaritan woman, and dang if it doesn’t have me thinking.

Our Next Post? This woman with a checkered past is the first to . . .