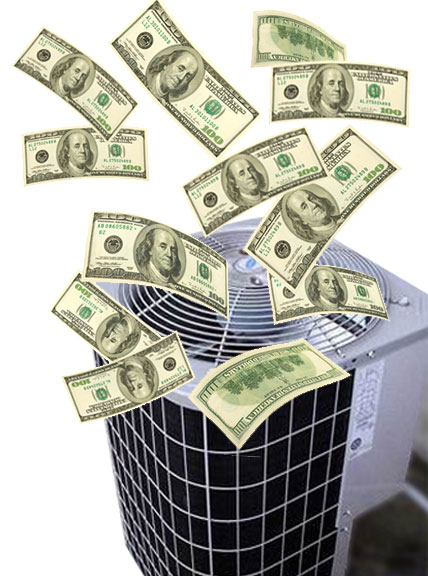 In January, my world was shaken when my daddy died. Since then, it’s been a struggle for my mom and me as we continued on without him. We weren’t sure how we would make it, but God has been so faithful during this time, especially as finances have been a constant challenge.

Shortly after daddy died, we received a letter from a life insurance company. This was strange–my father had no life insurance. But because his name was on the letter, I called the company to ask for clarification. To my surprise, my great-grandmother had taken out a life insurance policy on my dad when he was born, leaving my grandmother as beneficiary–apparently a common practice in the 1930s.

I was shocked, but started the process to file a claim. A company representative told me the check would be enough to pay for the funeral expenses, and we were thanking God for His provision during such a difficult time.

When we received the check, it was $3,000 more than the cost of daddy’s funeral. We cried tears of joy, then placed the extra money in savings for any unexpected emergencies that might come our way. Our emergency was closer than we thought.

That same week we called our air conditioner repairman to fix a freon leak. After fixing the leak, they turned the unit back on and we found the compressor would not work. It was going to cost well over $2,000 for the repairs and the compressor. When we factored in a hotel room and other expenses while everything was being fixed, we were above $2,500.

Back in 1937–82 years ago–God must’ve known we would need a new AC compressor in June of 2019. It blows me away that God impressed my great-grandmother to get a life insurance on my daddy, and that He started the process for the provision we needed in 2019. The check arrived three days before we knew we needed it.

But that’s not all. A few days after we paid the bill, the AC company contacted us to say the technician working on the freon leak made a mistake, blowing the compressor. They would not charge us for the compressor, and–as a gesture of apology–the company paid for our hotel room, too.

My faith has grown as I watch God provide in so many ways, proving He is “close to the broken-hearted.” I’ve believed in His faithfulness most of my life, but never like this. When I think of how, 82 years ago, He orchestrated provision for this moment in time, I can’t help but wonder, what is He orchestrating today which will answer a prayer for my children and grandchildren in years to come?

And, what has He already provided that I don’t yet know I need?

Kathy Gibson is executive director of a pregnancy help ministry in Oklahoma.

Join our Community by subscribing here.