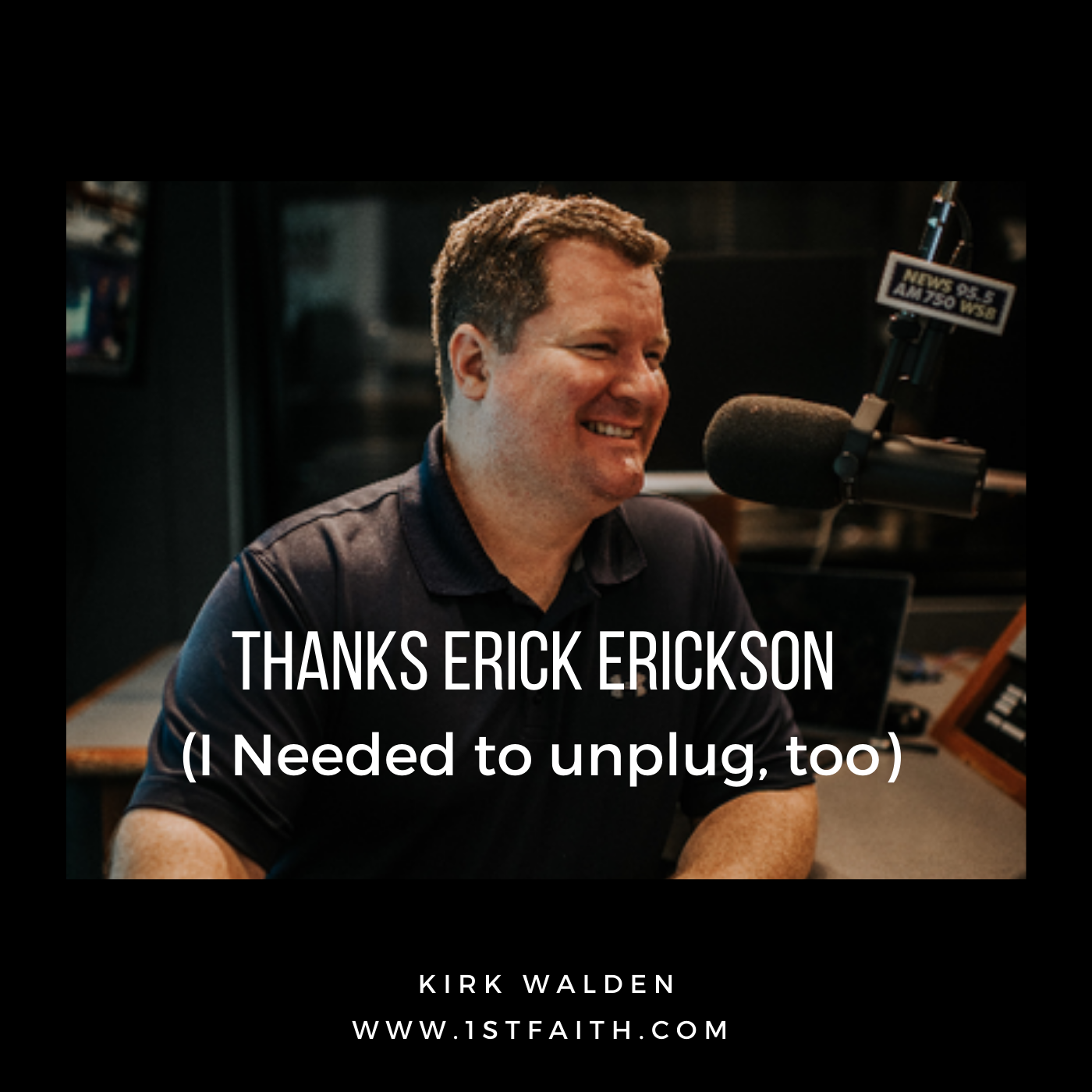 Thanks Erick Erickson (I needed to unplug, too)

With my fall speaking schedule completed the night before, on Friday morning, Nov. 8, 2019, I was home. Finally. Cradling my coffee, there was nothing on my mind. Noth. Ing.

I was relaxed. No more trips. No more getting home on a Sunday after a Saturday night event, switching out clothes, checking in for my Monday flight and trying—somehow—to get a good night’s sleep before flying off the next morning for another night in a hotel.

If this sounds like I’m whining about my chosen profession—it does, doesn’t it?–really, I’m not.

I love what I do. I get to speak on behalf of some of the best ministries in this country. And, meet wonderful people, build special relationships, see how ordinary folks–like us–are changing the lives of others. It’s amazing.

These ministries allow me–no kidding!–to speak my mind for 35-40 minutes, and—get this—pay me to do so. Who wouldn’t be thrilled with that life? And the truth is, after a break over Christmas, I’ll be chomping at the bit to get back at it again in the spring.

Still, once I’m finished with the fall season of events (20 events in 59 days), I want to unwind, turn on a Hallmark Christmas movie and veg for a day or two. No thinking. No worries.

But even on a break, I am quick to jump online and see what’s happening. Usually, too quick.

But opening my laptop with coffee in hand on this Friday, an email caught my attention. “Can I Have a Moment of Your Time? Please?” A title like this usually means someone wants to sell me something, but this was different.

Instead, it was Erick Erickson’s daily email from his web site, The Resurgent. Sometimes I open them, sometimes I don’t. This time, I clicked.

If you don’t know Erickson, he started a wildly popular conservative web site, Red State. He went on to become a political analyst at CNN, then Fox News. Several times, Erick guest hosted The Rush Limbaugh Show. Today he hosts an afternoon-drive radio show out of WSB in Atlanta and has his own syndicated show as well . Yes, both are conservative offerings. But if you’re thinking he’s lockstep on the right side of the political aisle, think again.

Sometimes I agree with Erick, sometimes not. Doesn’t matter. I’m interested in what he has to say—he makes me think.

But that’s just the political stuff. There’s another side of him, which he posts about often at The Resurgent. He’s faced more in his 44 years than most deal with over a lifetime. His wife is battling cancer. He’s had a myriad of health issues himself. He basically died, at least once. It’s a miracle he’s alive. He’s also a person with faith—which is tested almost daily.

From what I read from Erick, he and I disagree on some faith issues, too. Whatever. That stuff doesn’t matter as much to me as my impression that he tries–like all of us–to live a life pleasing to God. Does he always get it right? I don’t know. Do I? That’s the bigger question, anyway. 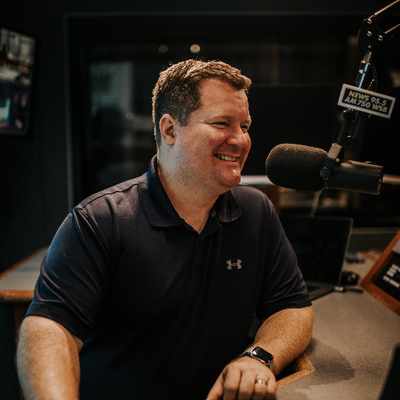 When I opened Erick’s “Can I Have a Moment” column, it captured me–because of his openness. He wrote from the heart, sharing big challenges in his life. When someone is real, I’m in. I don’t want to hear how smart some writer might be. I’m not enamored when I read “Five Keys” to make my life perfect.

But give me someone who struggles yet keeps fighting, and I’m all about it.

In his post, Erick wrote of personal battles. Of depression. Of frustrations. He didn’t pout, but he was transparent enough to say things aren’t going well. Thankfully, some friends decided to help. Here’s a snippet of Erick wrote (bold emphasis mine):

I’ve been in a not good place mentally for a while. The state of affairs in this country is depressing. I try to compartmentalize my wife’s health, our finances, my kids, politics — and the one great outlet I had, i.e. going to seminary once a week, is gone, snatched from me by my career choices no less. There is just work now.

This past weekend some friends took me out west. They paid for everything. They didn’t want me to worry about money or anything else. I worry a lot these days about everything. They took away my laptop. They took away my iPad. They’d have taken my phone too if they could. We shot machine guns from helicopters. We talked no news. We saw no news. We did not talk work or business. We just hung out. I don’t know when I’ve done that with friends or family. I honestly have no idea when the last time was that I went more than 24 hours without touching my computer.

Let’s re-read the part where Erick says, “It made me realize that the anxiety you and I are feeling is mostly about never unplugging and taking a break and just hanging out.” Nailed it.

The truth? I’ve got some anxiety right now. Not on Erick’s level. I can’t imagine all he’s facing. Looking back on some of what I’ve gone through, today’s anxiety is nothing compared to years past. Not even close.

Yet, I can’t deny anxiety is there, nagging at me. Just enough to keep me on edge.

And Erick is exactly right. Anxiety often comes not because of circumstances, but because we don’t allow ourselves to totally unplug, if even for a short time.

No, I don’t need to drop social media, turn off the TV, or throw my laptop out the window. But, if I want to be more purposeful in my life, regular unplug–ed–ness is part of the answer.

I don’t need to scour the web or my social platforms every 19.2 minutes. My email will survive if I don’t check in 487 times a day. Really. It will be there when I open it tomorrow. 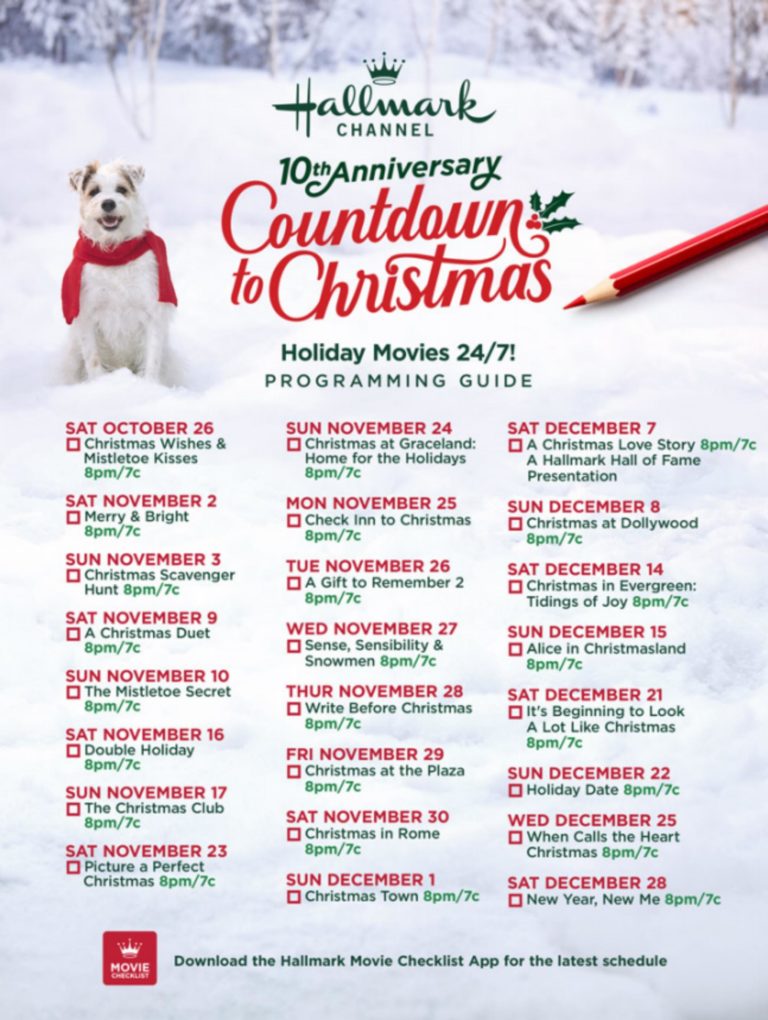 When One Struggler Helps Another

A simple column—Erick Erickson asking for a moment of my time—reminded me to stop more often. To turn off the noise. To focus on the big stuff.

But wait. Erick didn’t write to “teach” me anything. He didn’t pontificate about “10 Ways to Grow Your Faith” or anything like that. He just shared his heart, fighting through his current circumstances.

Yet, his words showed me one thing I can change. Hopefully, I’m better for it.

If we want to influence others in our faith, it’s to do–more often–what Erick’s post did for me. Just be real. Be ourselves. Share the tough stuff. Fight through and invite others into our challenges.

I grabbed a piece of stationery and wrote Erick a note. I thanked him for helping me—even as he deals with so much. It was the least I could do.

Because the only address I had for Erick is a corporate one, he may never read my thoughts. That’s okay. We’ll probably never sit down over coffee and hash out life’s great issues. Doesn’t matter.

Trivial Night? Not Trivial At All

A few nights later, our family didn’t turn on the TV. I didn’t check Facebook. Didn’t look at Twitter or Instagram. Instead, our family played Trivial Pursuit. Not surprisingly, I lost. Josh–age 12–won, nipping the lovely Jenn (Of Jenn’s Closet) at the end.

Because snow was likely on the way (in November. In Nashville. Go figure), we peeked outside often. Alternative entertainment at its best.

Will we do this every night? No. If you read my stuff, you know Hallmark Christmas movies are a family thing. We’re not going off the grid. But we don’t have to be shackled to it, either.

After this, we went to bed. Anxiety levels down. Whew. I slept like a baby.

Thanks, Erick. I’m sure that in the future, we’ll agree, and disagree, on politics and faith. No matter. You’ve always got a fan in me.

Read more of my stuff here.

Want me for your next event? Find out more here.