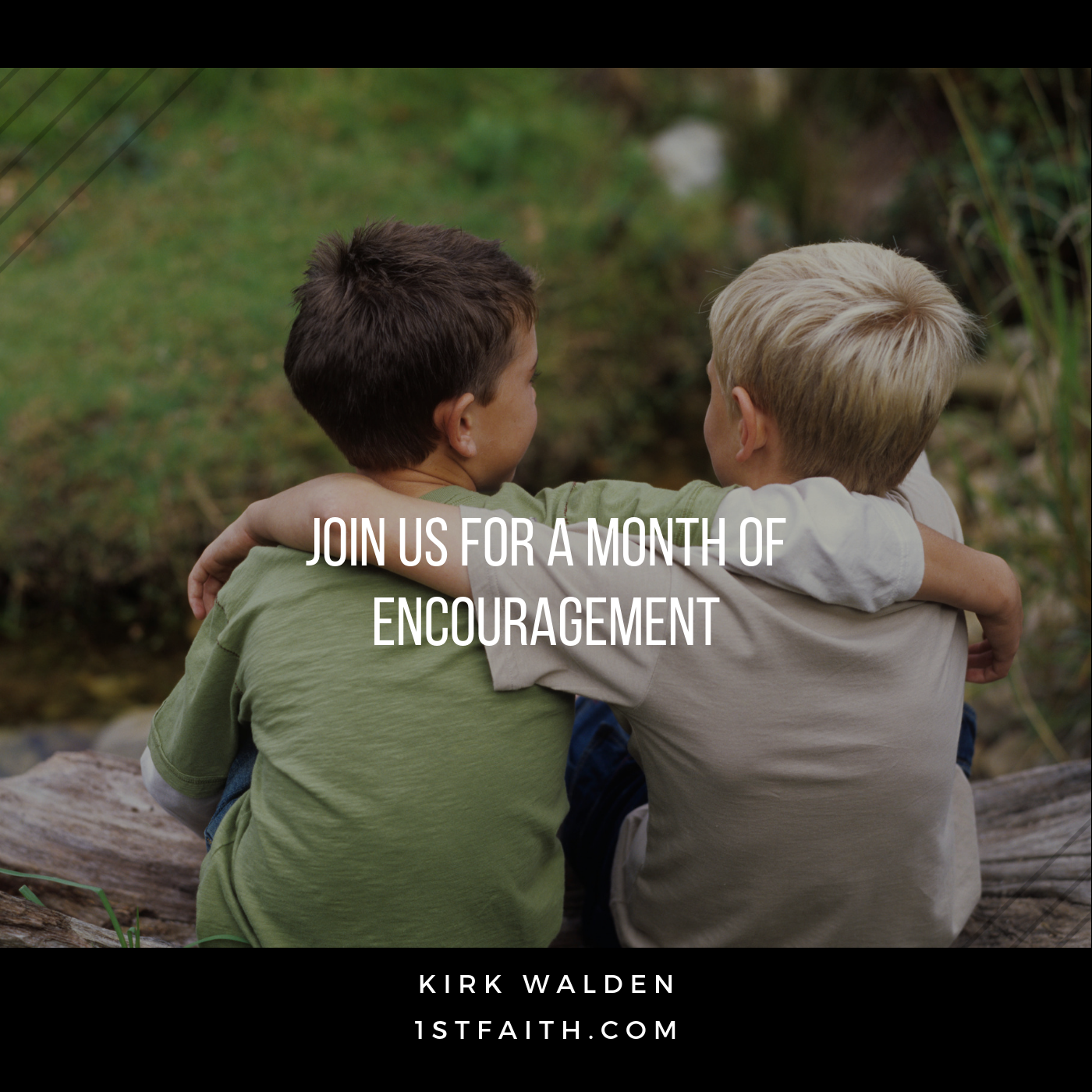 Join Us For a Month of Encouragement

Encouragement. We’re all in favor of it, and  it’s even in the Bible. In the book of Hebrews, we’re told to “Encourage one another day after day, as long as it is still called, ‘Today,’” which is . . . a lot of encouraging.

But what, exactly, is encouragement?

The dictionary definition is straight-forward enough. Merriam-Webster says to “encourage” is to “Inspire with courage, spirit or hope: HEARTEN.” Or, a second definition, “To attempt to persuade, URGE.”

Still not done, Webster says encouragement can also be, “to spur on: STIMULATE.”

Another? “To give help or patronage to: FOSTER.”

But as we begin our Month of Encouragement at 1st Faith, we’re most captured by the picture painted in Hebrews, urging readers to “Encourage one another day after day.” What does this look like?

While many translations use the word “encourage” in this verse, a more accurate translation may be “exhort.” But whether the word is “encourage,” or “exhort,” there’s a powerful idea here.

In Greek, the word is “parakaleo,” a combination of two words. One is “Para,” meaning “to be beside” or, “in proximity to.”

The other word? “Kaleo,” meaning, “to call forth.” It’s a base word for another, which means, “To urge.”

Let’s picture one person throwing his or her arm around another, saying, “Come on, you can do it! We’re in this together.”

This is so much more than a kind word at the right time (though this is important, too). It’s going that extra step, saying, “I’m with you, beside you, every step of the way.”

This month at 1st Faith, we’re trying to build a habit of encouragement. Throughout August, we’ll have posts on Facebook, Twitter, Instagram and on this site, giving tips and ideas on how we can come alongside our friends, exhorting them toward finish lines in all types of situations.

This month then, join us on a journey of encouragement. After all, we’re in this thing together.