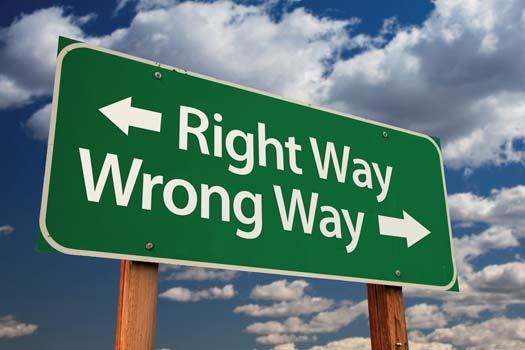 In today’s world, we get daily critiques about what Christians do wrong. These criticisms come from those outside the faith (“Christians are hypocrites and here’s why!”), but the most biting attacks usually come from within.

My Facebook feed is often loaded with blog posts about where Christians fall short. Posts like, “The Sin Christians Commit Most” or “Why Young People are Leaving Church” pop up every day. I’m making up these titles, but they’re close.

Then there are the social media rebukes such as an article I just saw, “Social Media Could be Killing Your Spiritual Life.” I’m not going to link to it because I’m not arguing with the premise, and I’m sure it has some good stuff in there I need to consider. But I found it on . . . social media. Ironic, right?

I’m not sticking my head in the sand; Christians do stuff wrong. And yes, young people are leaving churches, and that’s not good, either.

But we spend a lot of time beating ourselves up.

On the other side of the spectrum, there are those who claim Christianity but espouse an entirely different perspective; the “You’re great and God wants to give you a bunch of stuff” point of view. We’ll deal with that another time.

But here’s my thought about the constant criticism, for what it’s worth: Maybe we’re spending too much time focusing on what we’re doing wrong. Perhaps we need to simply figure out and fulfill the mission God has for us.

I’ve read through the Book of Acts several times lately (finished Chapter 20 this morning for anyone keeping score), and what I find is a group of people focused on advancing a powerful message. While at times they had to deal with issues within their group, the overall flow is toward telling a story of God’s grace and how anyone can enter into a relationship with Him.

Reading today, Paul tells his friends as he leaves Ephesus, “I do not consider my life of any account as dear to myself, in order that I may finish my course, and the ministry which I received from the Lord Jesus, to testify solemnly of the gospel of the grace of God.”

Seems to me that if we are all in on the mission as they were, we won’t have to worry much about what we’re not doing, or on this sin or that one. There won’t be time to get involved in those things which distract us and slow us down.

Yes, we all need a kick in the rear end at times and Paul had to do some tail-kicking in his letters to churches. Noted. But he was all about mission.

So, Kirk, what’s the mission?

Not to be another church criticizerer (I think I’ll trademark that word), but we have an extremely simple message which anyone can grasp and embrace—yet we’ve added so much to it. And because we’ve gotten a bit complicated in our beliefs, our doctrinal debates and such, we’ve lost the power of the good news.

Let me ask, What if we could find a way to communicate our faith effectively and simply, without putting so much pressure on ourselves?

I think this is possible. But we’ve got to simplify and focus on the big ideas those first Christians advanced.

Next week, it’s time to begin laying out this simple message so any of us can tell the story. I alluded to it earlier with this post, and it’s taken some time to get rolling. But on Tuesday, part one is coming.

Let’s get away from what’s wrong, and simplify what we know is right. If we do, we’ve got something worth telling.

PrevPreviousTerrorism, Christianity and a Time to Play Offense
Next6 Simple Ideas (I Overcomplicated)Next
Facebook0Tweet0Pin0